Organic farming: Hungary is one of the most dynamically developing countries in the world

According to the latest international data, Hungary is the tenth most dynamically developing country in the world in terms of increasing land under organic cultivation.

This may come as a surprise to many, though land-use indicators confirm that Hungary is at the forefront in several sectors, including organic fruit production. In recent years, based on the absolute size of organic plantations, Hungary has become the twelfth largest organic fruit-producing country in the world. The Hungarian Research Institute of Organic Agriculture (ÖMKi), as the largest research institute for organic farming in Hungary, draws attention to this dynamic growth, and with regard to the ambitious goals of the EU (25% of farmland to be organic by 2030), it highlights the fact that the role of research and development and knowledge transfer in support of sustainable agriculture is becoming even more important with the growth of organic areas.

Annually, in their statistical yearbook, the International Federation of Organic Agricultural Movements (IFOAM) and the Swiss Research Institute of Organic Agriculture (FiBL) publish the part played by continents, regions and countries in organic farming, as well as trends in sustainable agriculture. The latest publication, presented at the world’s leading organic fair, BIOFACH, held online this year, shows that in 2019, when the continents are compared, Europe ranked second with 16.5 million hectares under organic cultivation, behind Oceania-Australia with 36.5 million hectares. Latin America is third with 8.3 million hectares. Compared to 2018, the size of areas under organic farming increased on all continents except Asia, to a total of 72.3 million hectares.

In Hungary, the size of the areas given over to organic farming increased to 303,000 hectares in 2019, which puts the country in the middle of Europe in proportional terms. With 93,808 hectares of new organic land added in just one year, Hungary ranked tenth in the world in terms of the most dynamically growing organic areas. Hungary is in a similarly prestigious position when it comes to organic fruit production: based on overall territory size, with 6,884 hectares, the extent of organic orchards is the twelfth largest in the world. When it comes to fruit cultivation, the proportion of organically produced elderberry (more than 20%), sea buckthorn and walnut (more than 40%), pome fruits (15-20%), cherries and sour cherries is outstanding in Hungary. We promote the outstanding growth of organic orchards primarily through practical research and technological developments on soil protection, nutrient replenishment, that also increase biodiversity and resilience to climate change. 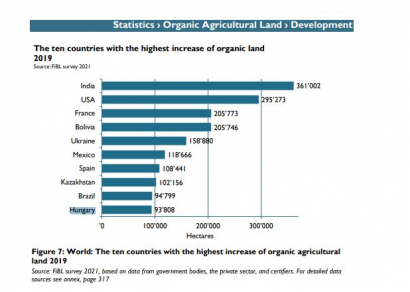 The 10 countries with the highest increase of organic land in 2019
Source: FiBL World of Organic Agriculture

In addition to the growth of these areas, enterprises related to organic agriculture have also developed dynamically in Hungary, and by 2019 their number exceeded 5,600, which shows the ever-increasing importance of this sector in Hungary as well.

"Seeing the latest data on Hungary in an international comparison, we are confident that we can continue to build on the dynamic development, using research resources, subsidies for farmers and the strengthening of the role of organic extension services and knowledge transfer" said Dr. Dóra Drexler, Director of ÖMKi. “The European Commission is expected to publish the Organic Farming Action Plan at the end of March, laying the groundwork for the attainment of the EU’s 25% organic farmland by 2030 target. Our goal is for Hungary and the Central and Eastern European region to play a key role in the implementation of the action plan, from the elaboration of the conceptual details to the practical implementation” added the expert, who is currently also Vice-President of IFOAM Organics Europe (the European umbrella organisation of the International Federation of Organic Agricultural Movements).

When it comes to the number of organic producers, India is the world leader in population terms, with more than 3.1 million producers. Uganda is next, with 210,000, then Ethiopia with 204,000. This data also highlights how geographically separated the global organic market continues to be when it comes to areas with high supply and high demand. The aspirations of some countries and regions are also quite unique. For instance, there are some Indian states, such as Sikkim, which extends into the Himalayan mountains, which aim to convert to 100% organic farming in the coming years.

Globally, the market for organic products reached €106 billion in 2019. Looking at our own continent, the organic food market in the European Union is growing by 8-10% every year.
From an economic perspective, the United States tops the ranking with a total organic market value of € 44.7 billion, followed by the European Union, where the figure stands at €41.4 billion. The largest market in Europe is Germany, where it is worth €12 billion, followed by France at €11.3 billion. In 2019, Danish and Swiss consumers spent the most on organic food, averaging €344 and €338 per capita, respectively. Denmark had the largest market share, with organic food accounting for 12.1% of the total food market. It is also worth mentioning that more than 60% of Danish caterers (90% in the case of Copenhagen) were certified organic.

Unfortunately, there is no quantified data regarding Hungary’s organic food market. However, it is also true that at present, Hungary is primarily a supplier of raw products to Western European and other global demand markets. Processing, and thus increasing domestic added value, as well as the implementation of targeted value chain developments, can help counter this trend, in close conjunction with increased consumer awareness and domestic purchasing power. 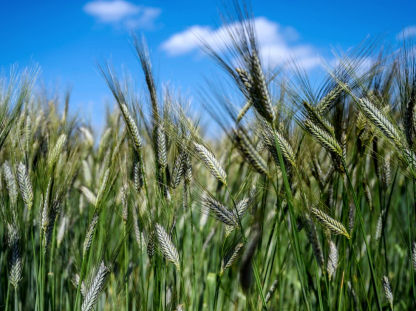 At the beginning of this year's harvest period, the Research Institute of Organic Agriculture (ÖMKi) is drawing attention to the value of locally grown, healthy, organically harvested cereals. 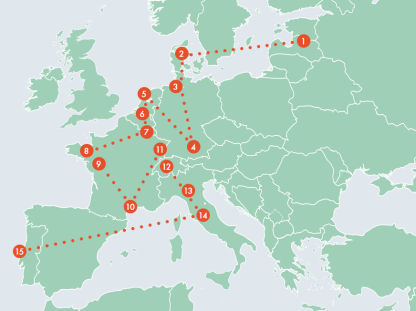 The publication takes readers on a journey to 15 organic plant and animal breeding initiatives in Europe. Every initiative is presented by a person involved in the initiative. For each initiative, the aims and challenges are described. The selected examples give a good insight into the great diversity of initiatives to maintain and promote biodiversity in organic crops and animal species. 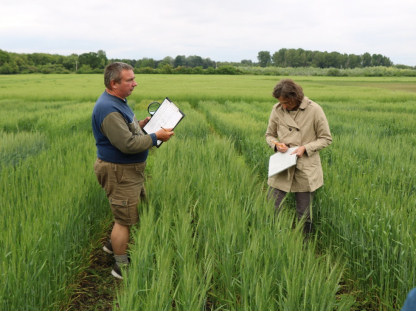 Seeds are the basis of agriculture, so farmers who follow the principles of organic farming should also start from organically produced seeds.