As part of the Slovenian Presidency of the EU Council and the Hungarian Presidency of the Visegrad Group, the Slovenian and Hungarian Ministries of Agriculture organised a high-level virtual international conference on the future development of the bioeconomy in the 11 Central and Eastern European EU Member States, which are united under the intergovernmental BIOEAST initiative.

Slovenia has set as the first priority of its Presidency of the Council of the EU to promote economic recovery from the pandemic and the green and digital transition. In his opening remarks, Dr Jože Podgoršek, Slovenian Minister of Agriculture and Forestry, said: "We believe that in order to further advance sustainable growth in agriculture, aquaculture and forestry in the bioeconomy, we need to shift the focus to research, innovation and trans-national cooperation for knowledge-based development. The BIOEAST initiative provides a common strategic framework for research and innovation for the development of a sustainable bioeconomy in the countries of Central and Eastern Europe. The mission of the initiative is to help these countries to realise their 2030 vision according to their potential and the opportunities it offers."

In his address, Dr István Nagy, Minister of Agriculture of Hungary, recalled that the BIOEAST initiative was launched 5 years ago in the framework of the Visegrad Group. Its role, that of the 11 Member States, is to encourage European countries to use biomass in a sustainable, environmentally friendly way. Biomass must not leave our forests, waters and environment as "raw material", but must be recognised as the basis for sustainable products. This is why we need good sound development strategies - the bioeconomy is no exception.

The BIOEAST conference was joined in the opening session by European Commissioner Mariya Gabriel, who highlighted the need for further research in the bioeconomy, especially in relation to the challenges ahead to achieve the long-term strategic goals we have set ourselves in the European Green Deal and the Strategy from Fork to Fork and the new EU Forest Strategy. She particularly addressed young people in the BIOEAST countries. Last but not least, she pointed out that it is mainly through inventors, researchers, students and various start-up companies that Europe can become a leader in the bioeconomy. Most importantly, she highlighted cooperation between countries. Only by working together and helping each other will we achieve our goals.

The European Union has put bioeconomy development high on the political agenda in its Member States in recent years.

In 2018, the EU strategy on bioeconomy development was updated, as an important element of the green transition and in achieving the climate neutrality and decarbonisation objectives of the European Green Deal. The Common Agricultural Policy is also adapting to this.

ÖMKi co-organized the Agroecology thematic session with the Hungarian Ministry of Agriculture, where conference participants expressed that sustainable agriculture and agri-food systems need more attention in the future to protect soils and reduce the use of chemical pesticides. An effective agroecological system would restore ecosystem services and biodiversity. Ecosystem services can increase productivity, but we need knowledge tailored to our macro-regional context. Among the speakers  were Anikó Juhász, Deputy State Secretary, Hungarian Ministry of Agriculture, András Báldi scientific advisor of the Centre for Ecological Research, Alexander Wezel head of agroecological research at ISARA-Lyon and Korinna Varga research project lead at ÖMKi. 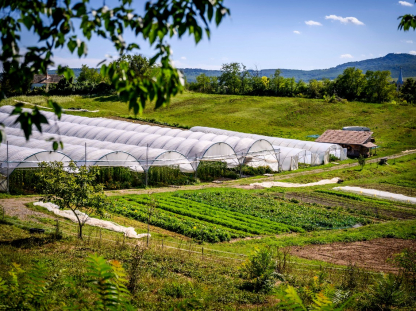 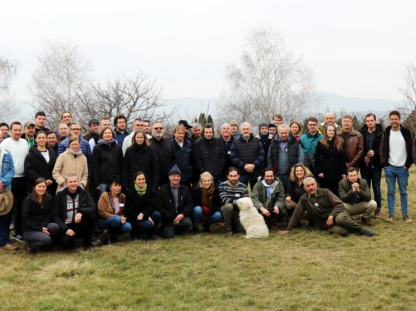 News
Quality bread for everyone!

Bread made of biodiverse ancient cereals – e.g. emmer or einkorn landraces – is incommensurable with the common industrial bread. What are the hindering factors and the supporting solutions beyond the popularity of quality healthy bread? These issues have been discussed among farmers, millers, artisan bakers and the representatives of civil and research organizations related to the product path at our first workshop held on 10th February 2019. 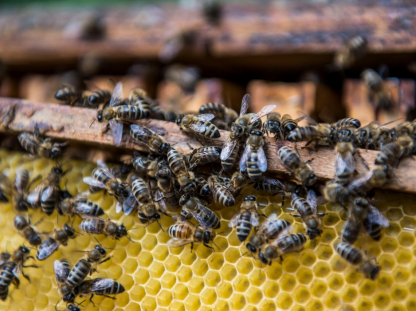 News
A future without bees?

Let’s do something for them instead on the World Bee Day (too)!

Bees – both honeybees and wild bees – are nature’s most important pollinators, and without them it wouldn’t only be the honey on our toast we would be missing, but about 70% of our agricultural plants would not be able to yield any fruits or crops either.