The potato growing experiments under our SolACE project are going on for the second year. Two main experiments are taking place within the project and are being led by our researchers Orsolya Papp and Dániel Ganszky.

In an experiment carried out in cooperation with farmers, we are examining the effects of commercially available products. One formulation is Esstence, a complex soil and plant conditioner based on worm humus, and the other one is “VízŐr”, a water-retaining soil conditioner. The on-farm experiment is being carried out at four sites, with four treatments applied at each site. We set up treatment with “VízŐr” (1), with “Esstence” (2), the combination of the two products  (3) and a control plot (4) with the same amount of water and no treatment.

“Esstence” is a solid preparation that is dissolved before use, then we mix it with air by continuously stirring the solution for 24 hours. After being prepared, the products can be applied to potato tubers, in the seedbeds or on open furrows (rest-balks). We are investigating the treatment of open furrows with a larger amount of input.

“VízŐr” has a high organic matter content that reduces the evaporation of water from the soil, which increases the efficiency of irrigation water and helps to ensure a more balanced soil moisture. The product may play a role in relieving drought stress. The potato variety chosen for the experiment was “Hópehely”, which performed excellently in previous years’ tests.

We have already planted this year's potato tubers in the Ecological Farming Department of the Experimental Plant and Training Farm of the Szent István University. In this complex small-plot experiment, potatoes are grown with different nutrient and water supplies, and the effect of microbial inoculants are also being investigated. In another experiment, we measure the effect of the forecrop on the combined stress tolerance of the plants. Here, different species of potato tubers were grown after rye and soybean. In addition to nitrogen, phosphorus and starch content, pathological and phenological parameters are also studied on crop fractions. 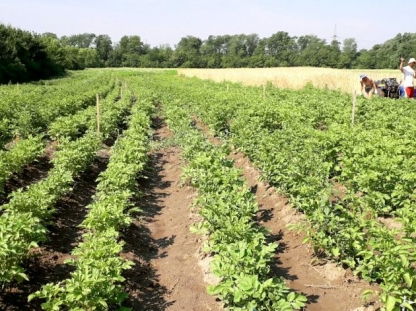 The potato experiment in frame of our SolACE project has reached its next phase. 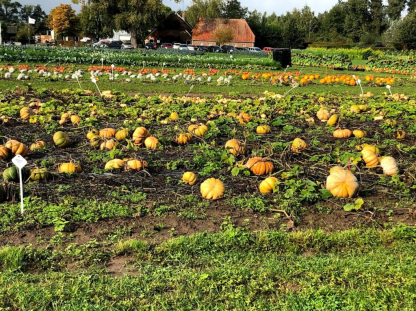 News
Cross visit in the Netherlands 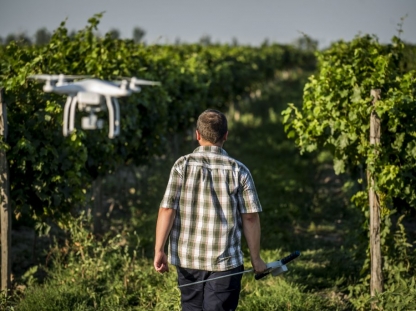 News
The on-farm project is moving up a level

Although the groundbreaking concept of “Living Lab”, which will lead to a paradigm shift in the field of scientific research, is to be introduced in the European Union only in the next few years, by creating the on-farm network we already started working on a similar concept in 2012. Instead of the theoretical analysis of scientific questions, we conduct practice oriented research by implementing site-specific participatory research projects in cooperation with farmers. Our on-farm project can expand further by 2023 due to the 3.4 million Euro European Union funding granted by the Ministry of Agriculture and the Hungarian National Rural Network (MNVH).