ÖMKi: Our food supply can be made more sustainable by developing local supply chains and reducing waste

In preparation for World Food Day, which is celebrated together with World Bread Day on 16 October, the Research Institute of Organic Agriculture (ÖMKi) is promoting the consumption of healthy foods, the preservation of our food security, and the production of high-quality, local organic foods. The latest results of ÖMKi’s nationwide, small-plot winter wheat variety tests have recently been published and have the potential to further increase the proportion of wheat grown under organic cultivation on Hungary’s arable land, as well as the range of products made from organic wheat flour in domestic bakeries and on consumers' tables.

Based on data from the UN Food and Agriculture Organization, or FAO, almost one-third of the food produced globally is wasted. Their findings indicate that agricultural producers, processors, businesses, and households all play a major role in this. In the EU, about 87.6 million tons of food go to waste every year, and in Hungary alone, private households throw about 600,000 tons of food into the garbage every year. The FAO also draws attention to the fact that current methods of food production and consumption – in addition to contributing significantly to global crisis situations, such as climate change – do not grant everyone access to food of sufficient quantity and quality. In order to reduce inequalities at both the global and the national level, and to ensure that we can supply the growing global population with food, it is necessary to transform our agro-food systems.

A key factor in the change: local, not global, food supply

Challenges that affect everyone, such as climate change, the loss of natural habitats, soil degradation, the COVID pandemic, or the ongoing war in Ukraine, highlights the importance of a secure food supply, i.e. the strategic role of healthy and accessible food produced locally, using sustainable methods. In Hungary, too, the change can be felt, as the country is increasingly moving from agriculture based on chemical plant protection agents and fertilizers to production using agroecological methods. This is driven, among other factors, by the agricultural support system, thanks to which the proportion of land under organic cultivation has increased dynamically in recent years, reaching 6.12% in 2020. At the same time, the exponential increase in the price of chemical pesticides and synthetic fertilizers is also encouraging farmers to look for alternative solutions. Given all this, in addition to the not insignificant impact of more conscious consumers’ demands, scientific research supporting organic farming is receiving ever more attention.

In connection with World Food Day, Dr Dóra Drexler, the Director of ÖMKi, summed up the importance of organic farming as follows: ‘Organic farming is about much more than being chemical-free, and offers a serious alternative in the transformation of our agricultural food systems. Sceptics often claim that organic production yields are lower than those of chemical-based agriculture, and thus even more agricultural land would be needed in order to provide food for everyone. This is not in fact the case, however, since a transition to organic agriculture would free up a lot of arable land that currently serves the fodder needs of industrial animal husbandry. The use of these areas for food production would in itself offset the reduction in yield associated with organic cultivation. And we have not even begun to talk about the fact that the main cause of hunger is dependence on global supply chains, and the lack of self-sufficiency in terms of food. We will not end world hunger by growing, in poorer countries, even more patent-protected plants which are genetically modified and tied to the use of chemical inputs, and then selling the crops elsewhere. Agricultural production should be based on shorter supply chains using local resources, and feeding the local population. In fact, this is one of the most important solutions: namely that sustainable, local food systems should be prioritized and strengthened.’

Organic farming and the consumption of organic products are not only important for human health, but can also be considered active environmental protection activities. Organic farming contributes to the preservation of biological diversity, increases soil fertility, and uses non-renewable resources sparingly. Biodiversity has now become almost the number one determinant of planetary well-being. The wisdom and knowledge required for organic farming can be found close to home, among excellent farmers who cultivate their fields every day with heart, experience, and persistent work, or feed and care for their animals, thereby producing healthy food on their organic farms. ÖMKi supports their work by creating a unique network in Hungary for the further development and dissemination of sustainable farming technologies and the results of scientific experiments. 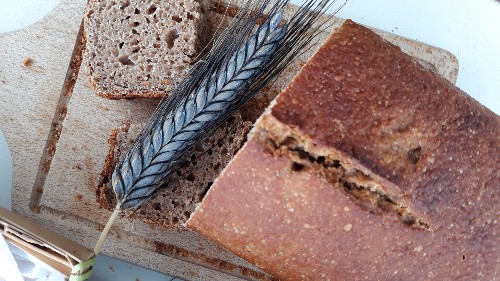 Let our daily bread be healthy!

Since 2012, ÖMKi has been carrying out tests in order to ensure that Hungarian farmers can grow high-yield grains that are optimally adapted to their area and can thrive under organic conditions. As an important step in the research work, in November 2020, on Hungarian Science Day, the launch of a new nationwide organic spring wheat variety test network was announced. The results of the first two years of research have recently been published by the researchers. In the study, promising domestic and international wheat and spelt varieties for organic farming were tested under organic farming conditions, in small-plot field experiments, at seven locations nationwide (Debrecen, Karcag, Kiszombor, Martonvásár, Szár, Fertőd and Szemely), using more than 20 different wheat varieties in total. This gap-filling research is being carried out with the involvement of the National Food Chain Safety Office (NÉBIH), the Product Council of the Hungarian Seed Association (VSZT), seed distribution companies and outstanding domestic seed research and breeding centres, and farmers.

In the small-plot experiments, experts examine, among other properties, the winter hardiness, weed-suppression ability, disease resistance, yield, content quality, and stability over longer periods of the different varieties, averaged across several years. This autumn, the research will be expanded to include additional species: emmer and einkorn ancient grains will also be included in the grain testing network. 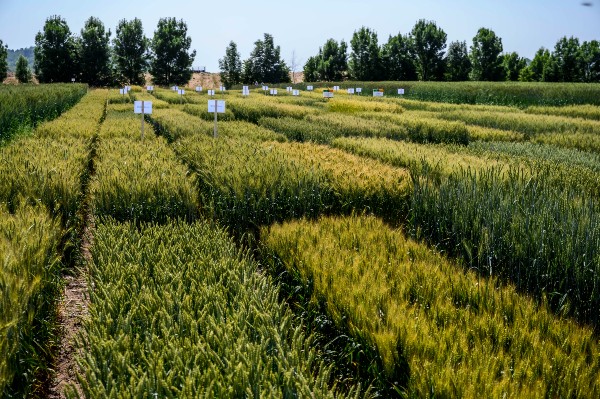 The small-plot variety tests neatly complement the operational, i.e. on-farm, variety experiments coordinated nationally by ÖMKi since 2012, which are carried out on large plots on working organic farms, with the involvement of farmers. The experts are confident that these studies will further strengthen the successful transition of producers to organic cultivation, since one of the basic conditions of this is the selection of resistant varieties adapted to the location where they are grown. The more organic grain that is sown, the more healthy organic wheat flour that is free of chemical residues can end up in domestic bakeries and on consumers' tables, thereby strengthening local food supply chains. The stated purpose of the variety tests is to encourage domestic seed companies that typically produce for export to sell locally grown organic seeds on the domestic market.

In addition to bread wheat variety tests, ÖMKi has also been conducting experiments on ancient grains for more than six years. It is their firm belief that, in addition to the production of excellent organic wheat, it is also important to ensure that the entire organic production process, including grinding and processing, is carried out by domestic companies, and that Hungarian gastronomy and consumers are able to find locally produced organic products. As part of ÖMKi's own product line development, flour made from ancient grains which perform best in field experiments, grown by their on-farm partners, is periodically made available to domestic customers.

Going beyond their narrow research area, but following the same goals, ÖMKi created a farmer-miller-baker database so that producers and other actors in the field can find each other more easily, and thus healthy organic wheat flour, free from chemical residues, can reach as many bakeries and households as possible.

The purpose of World Food Day is to mobilize governments and the public to address the food problems which impact most of humanity. In 1979, the UN FAO conference in Rome declared 16 October to be World Food Day, based on a Hungarian proposal. World Food Day is celebrated every year on the anniversary of the founding of the FAO.

At its 2001 congress, the Swiss-based International Union of Bakers and Confectioners decided that 16 October would also be World Bread Day. The purpose of this important day is to highlight the importance of bread, the most important food item in the world and an important source of energy, containing vital minerals. 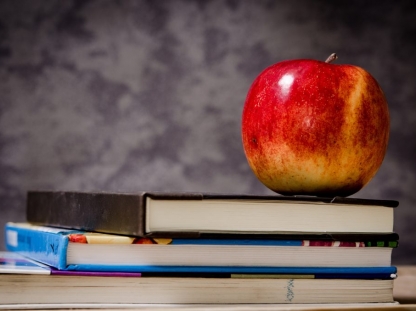 Organic food is being provided in public catering more and more often. And it is not in vain because we know that the most vulnerable people among us, our growing children, the ill, and the elderly are in the greatest need of a residue free diets to maintain their health or help them get healthy again. 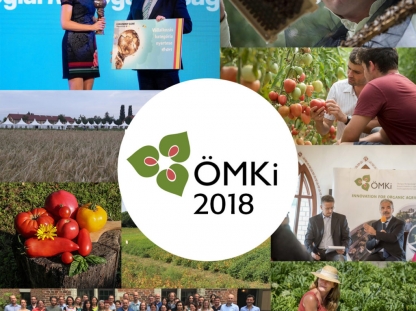 We were not lazy in 2018 either: we organized workshops in Hungary and abroad, we provided professional representation for the organic sector at several Hungarian and international forums, we organized an awareness raising campaign for the wide public, and our on-farm network won the Oscar award of the energy sector. It was a busy year for us, but due to our achievements the common goal – a flourishing Hungarian organic farming sector – is one step closer. We summarized what ÖMKi has done for the development of organic farming in Hungary in 2018. 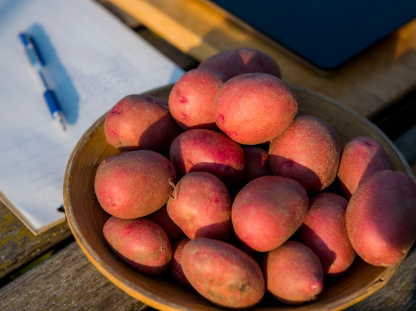