Rare tomato varieties have been released from the gene bank and been donated to the largest urban community garden in Hungary.

The high quality tomato seedlings from ÖMKi were first tested in the gardens of people who adopted them last spring. Then after harvest in August they also proved their quality in the kitchens of Szabina Szulló and Tamás Széll, two chefs who won the Bocuse d’Or competition. Thirty seedlings have now been offered to the Community Gardens programme of the Hungarian Contemporary Architecture Centre (KÉK) on Earth Day. The main topic of the 49th global event is the conservation of biodiversity. Since many people are interested in landrace varieties having a special taste, organic seedlings also will be commercially available – in a limited number – from the middle of May.

“We are talking about real gastronomic delicacies, which have only been available in gene banks until now. The farmers of days gone by, who lived in regions with special territorial characteristics and who helped form the landscapes, left us a priceless agricultural inheritance. We are convinced that these wrongly forgotten landrace varieties have a place in our own gardens today, as well as in our education and on our dinner tables.” – said Bence Takács, responsible of ÖMKi’s landrace variety tomato project. “According to the results of more tasting events, the variety from Máriapócs is much tastier than cocktail tomatoes you can find in shops. The variety from Gyöngyös has a unique and complex taste just like the paprika shaped longer varieties, while the thin-skinned variety from Mátrafüred is very popular due to its juiciness and aroma, which are characteristic of oxheart type tomatoes.” – added the project leader.

Forgotten tomato varieties – several dozen of which have been released from the gene bank by ÖMKi since 2012 – have vanished from the food supply chain in recent decades due to the spread of industrialized production patterns. The researchers of the only independent Hungarian organization specifically dealing with sustainable agriculture have been investigating these varieties for years with the purpose of making the tastiest and adaptable varieties public property again.

Until 2016, a total of 35 landrace tomato varieties have been investigated in 28 cooperating farms by ÖMKi staff, and last year the best performing ones were presented during the “From soil to plate” campaign, which was aimed at promoting organic farming and organic food consumption. The selected organic seedlings have been grown by enthusiastic people who have adopted them. But the tomatoes have also been put to the test by in the kitchens of Szabina Szulló and Tamás Széll, the winners of the Bocuse d’Or competition, during the campaign closing “Big Hungarian Ratatouille” (Nagy Lecsó) family day in August.

On the 49th global Earth Day, ÖMKi wanted to draw people’s attention to the conservation of biodiversity by donating 30 organic seedlings to the Community Gardens project of the Hungarian Contemporary Architecture Centre (KÉK). These seedlings were planted on the 2,600 m2 area of the “Garden Boarder” (Kerthatár) Community Garden, which is the largest urban community garden in Hungary that is farmed using organic methods. “By using landrace seedlings we are drawing attention to the importance of diverse and sustainable agriculture and local production based on community experience, towards which KÉK is also committed. We think that it is important to encourage the culture of gardening not only in the countryside but also in the cities, especially among younger generations, emphasizing organic farming practices” – said Monika Kertész, leader of the Community Gardens programme of KÉK.

Seedlings made available by ÖMKi also will also be commercially available – in a limited number – from the middle of May.

Research Institute of Organic Agriculture: The Hungarian Research Institute of Organic Agriculture (ÖMKi) works on research-innovation tasks leading to practically implementable results, thus guaranteeing the sustainable development of agriculture and food production in Hungary. To this end the organization develops professional networks in cooperation with Hungarian and foreign research institutes and farmers, carries out research and information activities, and provides technical advice. Its oldest project called “On-farm research network” won the Agricultural Development Prize at the 78th National Agriculture and Food Exhibition and Fair (OMÉK) and also the E.on Energy Globe Award in 2018, and it is the only Hungarian project carrying out research in close cooperation with farmers by applying a practical approach to sustainable agriculture. The on-farm research method covers simple experiments conducted in real life situations on operating farms adapted to the production objectives defined by the farmers. The subjects of the experiments have been elaborated together by ÖMKi and the participating farms since 2012. The organization’s work has also been acknowledged by the Association of Environmental Enterprises through the charter called “For the protection of the environment” in 2019. 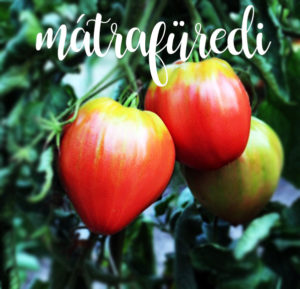 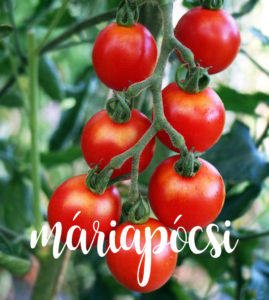 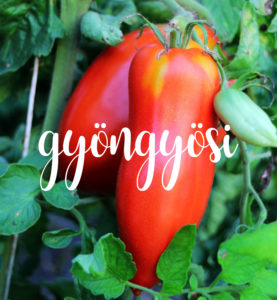